Blue Crab uses a variety of web servers in different locations.  Web servers need to stay up 24/7.  We like to sleep at night, so we pay teams of “hardware guys” (and women of course) to keep them running in special data centers.  That means the data center has to have uninterruptible power, usually diesel generators that kick in during a power failure.  There must be redundant connections to the internet so someone digging with a backhoe a mile away can’t sever the only internet cable coming into the building.

The data center has to be secure.  We can’t have strange people wandering around poking at our servers.  For security, our data servers are at secret locations in unmarked buildings.  Maybe the building above is one of our secret data centers, or maybe not.  Just kidding, these buildings are like large warehouses and they use a lot of power and generate a lot of heat.

We can tell you the city they’re in, but not the street address.  Currently our main servers are located in Los Angeles; Ashburn, Virginia; and Dallas.  In the last few years, we consolidated servers in Florida (seemed like a bad idea with frequent hurricanes) and New York.  Actually, we have servers in two other locations, but we don’t even know what city they’re in, and it doesn’t matter.  The hardware teams run them.  The buildings have no signs indicating what they contain.  They have security personnel.  They have man traps, so anyone who gains access to the building finds themselves in a corridor with the door shut at both ends.  There are security cameras everywhere.

Inside, our servers sit in racks, in aisle after aisle, and groups of racks are locked.  A server in a data center is different from a laptop or desktop machine.  The form factor is often called a pizza box, because these servers are rather flat like the way pizzas are delivered, and they’re stacked up in racks like those below.

We only rent a few of the many thousands of servers in a data center.  One server can easily accommodate hundreds of clients; these are really big machines, and very fast.  They’re optimized for what they do.

As far back as 2014, our hardware guys started replacing hard disk drives with Solid State Devices (SSDs) that load your website 50% faster.  Today that’s a given for all our servers.

If these machines run 24/7, do they ever break?  Sure, a fan might go out and start overheating the server, or a switch might fail, breaking the reliable connection to the Internet.  If you ever experience your website acting erratically, give us a call or send us an email.  Usually, the hardware team has already detected the problem and are busy fixing it.  That’s what we like about this arrangement.  We might be asleep at 3 a.m. DC time and some hardware guy on the West Coast is replacing part or all of a server.  These things are very reliable, so it doesn’t happen often, but most of the time we’re not aware there even was an issue; it just gets fixed.  However, if you do notice a problem, let us know.  And what will we do about it?  We’ll call the hardware guys!  They’ll probably say they’re already on it.

By the way, these so-called “hardware guys” also do a lot of operating system monitoring and repairing, since sometimes it’s actually a software problem.  Regardless, it’s their job to keep our servers running, and our job to help you with your domains, website construction, and other hosting issues.  We appreciate your website business! 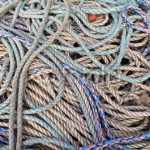 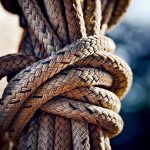